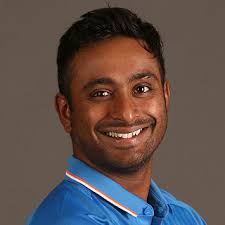 Rayudu was even referred to as the next Sachin Tendulkar in his early career. He was the captain of the India’s under-19 World Cup team in 2004 which included players like Suresh Raina, Irfan Pathan, Dinesh Karthik, RP Singh, and Shikhar Dhawan. Apart from batting, he is a part-time off-spinner and wicket-keeper.

In 2007, he was banned from Indian cricket by the BCCI for playing Indian Cricket League (ICL), but later lifted the ban in 2009. When India was playing a practice match with Australia A team in Australia, an umpire gave him lbw out which he didn’t agree upon and lost control over his emotions.

Though he is a Hyderabadi, but in 2011-12 first-class season he played for Baroda after Hyderabad go relegated. During 2014 IPL, once he prepared a homemade biryani for MS Dhoni and his Chennai Super Kings (CSK) team players, but the  hotel staff didn’t allowed the outside food consumption. It ignited CSK players and they checked out of the hotel and went to some other place. He is a huge fan of Manchester United football club.

International DebutTest- N/A ODI- 24 July 2013 vs Zimbabwe in Harare T20- 7 September 2014 vs England in Birmingham Coach/MentorNot Known Jersey Number#5(India) #9(IPL, County Cricket) Domestic/State TeamIndia, Baroda, Hyderabad (India), Hyderabad Heroes, ICL India XI, India A, Mumbai Indians Nature on fieldVery Aggressive Likes to play againstPakistan Favourite ShotScoop Shot Records (main ones)€¢ In his ODI debut against Zimbabwe, he scored 63 not out and became the 12th Indian to hit a half-century on ODI debut. He was the highest scorer in the 2012€“13 Deodhar Trophy final with 78 runs and €¢ helped his team to win the title. Career Turning PointPerformance in an under-19 match against England in 2002, where he scored 177 not out. 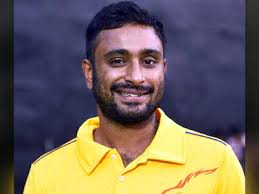