For a model, apart from maintaining their body and looks, it takes a lot to walk the ramp with sheer confidence and panache. Time and again models have shown that they cannot only flaunt their size zero figure and act brilliantly as well. Many model-turned-actresses have proved to the world that models are much more than just their near-perfect bodies.Joining the bandwagon of model-turned-actresses in Bollywood, here arrives one more starlet,who is sure to make heads turn.Suman Negi,who has won the title‘Miss Meerut’ and compared with our Ex-Miss World, as Mollywood’s Aishwarya Rai.

Suman Negi features in an upcoming Hindi romantic, suspense drama titled as ‘Beimaan Aashiq’. The glamorous and talented Suman Negi is playing the female lead which is directed by Sandeep Kumar for producer Kiran Kumar Titoriya under the banner of Shaboo Kiran Productions Pvt. Ltd. The entire shooting for the film has been completed and the post-production is underway.Beimaan Aashiq is scheduled to release in June 2017.

Suman Negi hails from an accomplished educated family. Her father was the head of the department of Meerut College. Even her mother and sisters have also been professors. The families are resident of Uttarkhand and belong to Garhwali Rajput community. Suman Negi completed her B.A. in Meerut. During her studies itself she participated in various modeling shows and thus won the title of ‘Miss Meerut’. Thereafter as a model she featured in many commercials for various products and companies. During that period she got a chance to act in a Mollywood film titled as Dhakad Chora which was a super hit. That was the beginning of her acting career. She started getting many other offers for other Mollywood films and was hailed and earned recognition as ‘Mollywood’s Aishwarya Rai’. One such film titled as Kismat Ek Anokha Modh was screened at the Cannes Film Festival and had garnered appreciation from critics as well.

Speaking about her role in the movie, Beimaan Aashiq, Suman Negi, said, “I am playing a character named Riya. She is intelligent, dashing and bold who is ready to face all kinds of problem at any given stages.”

During the shooting her performances were applauded by all the unit hands. She was compared to actress like Bipasha Basu, Mallika Sherawat and Sunny Leone amongst others. Many also said that she will step into their shoes once this film hits the silver screen. On quizzing her about this, Suman replied, “It is indeed a proud feeling of equating me to these seasoned performers. I want to create my own identity and prove that I can play many roles successfully.”  She further adds, “I want people to say that this lady is not only one of the most beautiful models but also one of the finest actresses that Bollywood has.”

Kabir Khan, Anurag Tomar,Sachin Chobe,Bhupendar Titoriya,Ramandeep Kaur,Nishant Dilip Jain and others are also in its star cast. Masood Qureshi has cranked the camera for the film. Sameer Sen has provided the musical score which has been rendered by Babul Supriyo, Sadhana Sargam,Tisa Nigam,Udit Narayan and other veteran singers.

This is to announce the arrival of Suman Negi as one of the rare model-turned-actresses who can dazzle any outfit, literally. She obviously is gorgeously stunning. But what makes her even more attractive is her natural acting skill. Trust her to woo you each time whether she walks the ramp or acts in the movie.Beimaan Aashiq is all set to ignite the screen in June this year. 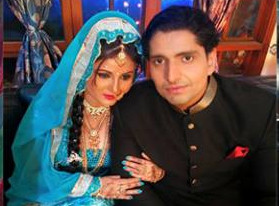 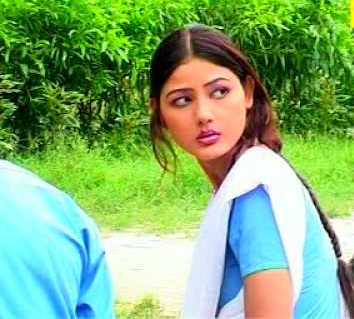 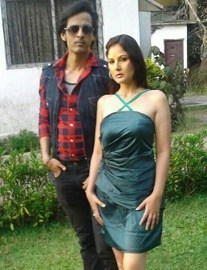